Astute marketing will benefit the development of the AfCFTA, which has the potential to create a trading bloc with a GDP of US$3-trillion.

Minister Mutsvangwa is a former marketer and currently Patron of the Marketing Association of Zimbabwe (MAZ), which is hosting the conference taking place at Victoria Falls. Delegates from eight African countries are attending. 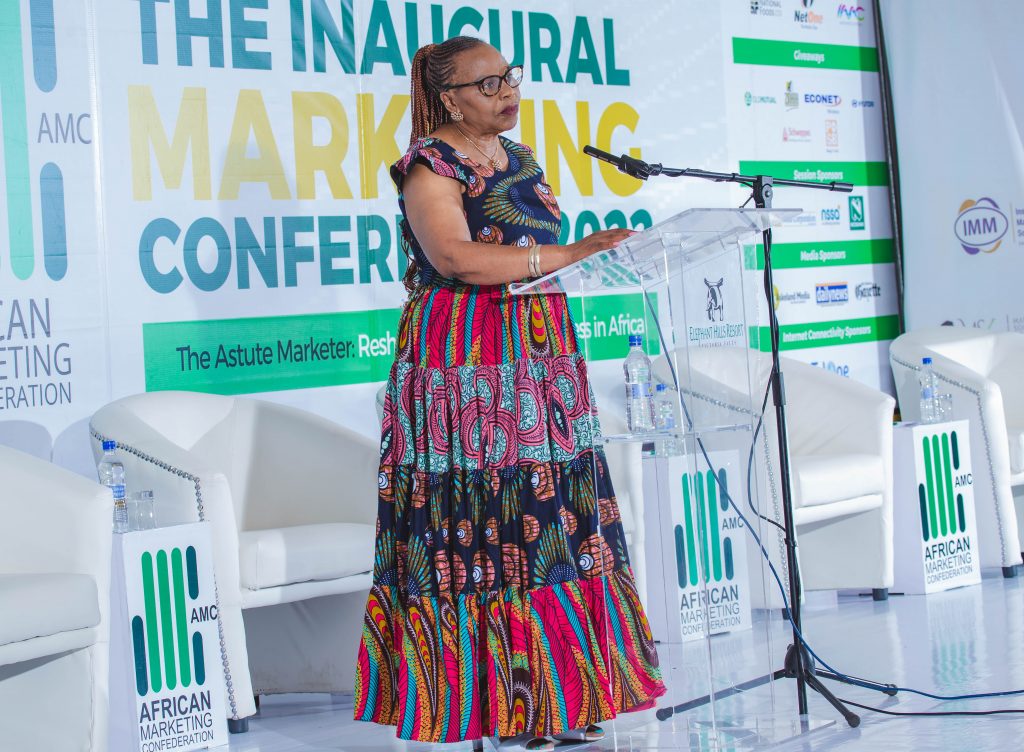 Addressing the gathering, the Minister thanked the AMC for the honour of opening its historic, first-ever conference and applauded the organisers for their commitment in bringing together so many marketing professionals from around the continent.

She believes the confederation play a vital role in advancing the profession in Africa and she urged practitioners to help spur intra-African trade, development and investment. This, in turn, would benefit the development of the AfCFTA, which has the potential to create a trading bloc with a GDP of US$3-trillion.

Referring to the conference theme of ‘The Astute Marketer: Reshaping the Future of Business in Africa’, Minister Mutsvangwa emphasised that astute marketers would be ahead of the curve as Africa moves increasingly into a digital world.

She noted that the Victoria Falls conference comes at a time when Zimbabwe is repackaging and rebranding the country. Nation branding, the Minister said, is one of the most important pillars of building a nation and attracting investment and tourism.

On day two of the conference, delegates also heard from several other speakers and panellists on subjects relevant to marketers.

Dr Alistair Mokoena, Country Director for Google South Africa, spoke on the topic of ‘Digital Transformation: Bridging the digital divide for marginalised markets’. He outlined an array of Africa-focused initiatives being undertaken by Google, emphasising that faster, affordable and inclusive internet is needed.

“If we can do that, we will have a market. The canvas that enables digital marketing has to be in place,” Mokoena stressed.

Among the high-profile projects is Google’s Equiano sub-sea cable which is linking Africa to Europe via connections to Saint Helena, Togo, Nigeria, Namibia and South Africa. He emphasised that the project will benefit all countries on the continent by expanding internet bandwidth by up to 20 times and trebling internet speeds, as well as reducing data costs.

Enabling advanced Cloud computing in Africa is also a key Google strategy, with the tech giant in the process of establishing a new Cloud centre in South Africa, with others in Kenya and Nigeria bringing the total of such centres on the continent to four.

Google Translate – the company’s service to translate text, documents and websites from one language into another – is also empowering Africans by adding more of the continent’s languages to its offering. These include Ewe, Lingala, Krio and Bambara.

“It’s empowering to be able to access the internet in your own language,” Mokoena said.

Continent has untapped potential for marketing

She outlined the scale of Africa’s untapped potential for marketers, emphasising among other things that Africa has the world’s youngest population base and that 95% of the continent’s consumer class resides in a relatively focused 24 countries, out of the 54 nations that comprise the continent.

While there is a growing segment of affluent individuals who earn their wealth through gold, diamonds, oil, cocoa and the like, most individuals continue to be employed by SMEs and operate in the informal sector.

Nyiramugisha also discussed the future of business in Africa. She mentioned, among other things, the concept of ‘crowd farming’ that has become popular in Uganda. Here, a group of people will pool resources to buy a small number of livestock that they can co-own and share in the proceeds.