Dubai-based OOH activation by Adidas to encourage women to take up swimming is adjudged the best campaign in Middle East & Africa region.

The New York Festivals AME Awards, which has been celebrating advertising and marketing effectiveness worldwide since 1994, has announced the award winners for 2022. 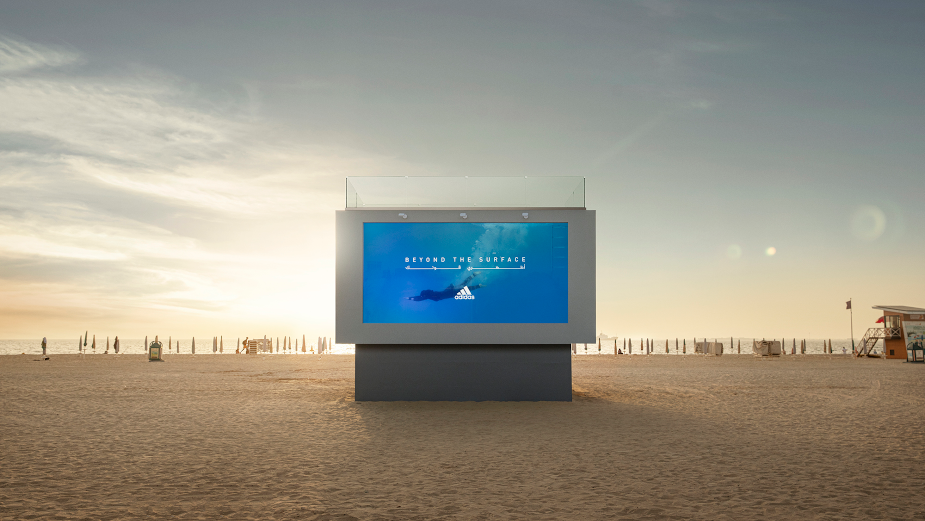 “One outdoor placement, a global reach of millions of people, and a very successful launch of a new product – while also contributing to Adidas maintaining its position amongst the top creative brands in the world,” added Silveira.

The brief from Adidas to Havas was that it wanted more women to embrace swimming – regardless of their shape, ability, or religion – and benefit from the mental and physical benefits that come with it.

To get more women to embrace the concept, Havas, erected a 5m-high Liquid Billboard on a Dubai beach capable of holding the equivalent of 163 bathtubs of water. Women who visited the beach were invited to dive in an enjoy a very unusual dip.

You can watch of video of the activation here.

Various other regional awards made

The AME Green Award was won by agency AMVBBDO United Kingdom for its work with client Sheba, a cat food brand owned by Mars Petcare. The ‘Hope Reef’ campaign aims to restore coral reefs measuring more than 185,000 square meters – roughly the size of 148 Olympic swimming pools – at key sites around the world.

“As a cat food brand that exists to give cats what they love, Sheba couldn’t stand by and watch coral reefs and all the fish that rely on them go extinct,” Mars Petcare and the agency said in a joint statement.

“We embarked on the world’s largest coral reef restoration and planted Hope Reef — a new reef on a previously barren site of dead coral. As a landmark discoverable on Google maps, Hope Reef became an emblem, which proved there can be man-made solutions to man-made problems.”

You can watch a video of the campaign here.