The Senegalese phase of the company’s plan to roll out affordable satellite TV services to selected villages is now well underway.

StarTimes Group, the Chinese-based multinational media company and digital TV provider with a strong presence in sub-Saharan Africa, has officially launched its business in Senegal with an opening ceremony for its main agency in the country.

Established in 1988 in Beijing, StarTimes has already made its digital TV and media service available to audiences in over 30 countries across Africa. 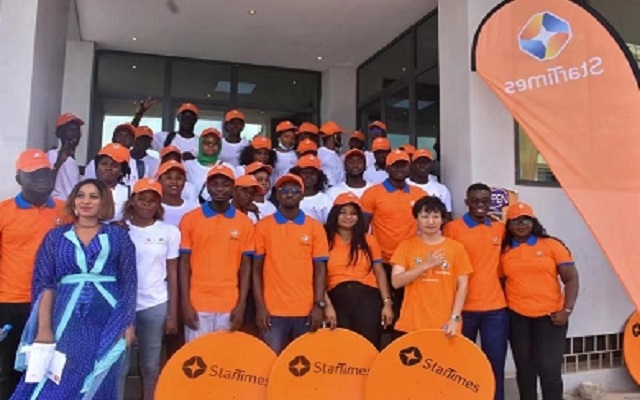 According to Houssainatou Diallo, public relations spokesperson for the company, the new main agency is part of the ongoing development of the StarTimes presence in Senegal. Around the continent, it is currently engaged in a project called ‘Access to satellite TV for 10,000 African villages’, with the aim of establishing a satellite-based television presence in around 600 villages in various African countries.

“The first phase [in Senegal] made it possible to carry out the census in 300 villages. The second phase will be executed soon,” Diallo said.

All equipment to villages is free, as is initial subscription

Diallo also revealed that the Ministry of Communication in Senegal will be responsible for identifying the relevant villages to receive the TV services, before the final installation phase by the StarTimes teams.

“Regarding the 10,000 villages project, all equipment is free – with three months free for the villagers and a Nova package project payable at only US$2,34,” Diallo explained.

StarTimes Group was founded in 1988 by Chinese engineer Pang Xinxing, who is also the company’s current chairman. In 2002, StarTimes began to expand its business to Africa. In 2007, it became the first digital television operator licensed by Rwanda and, since then, has established subsidiaries in around30 African countries.

The company offers digital terrestrial television and satellite television services to consumers, and provides technologies to countries and broadcasters that are switching from analog to digital television.